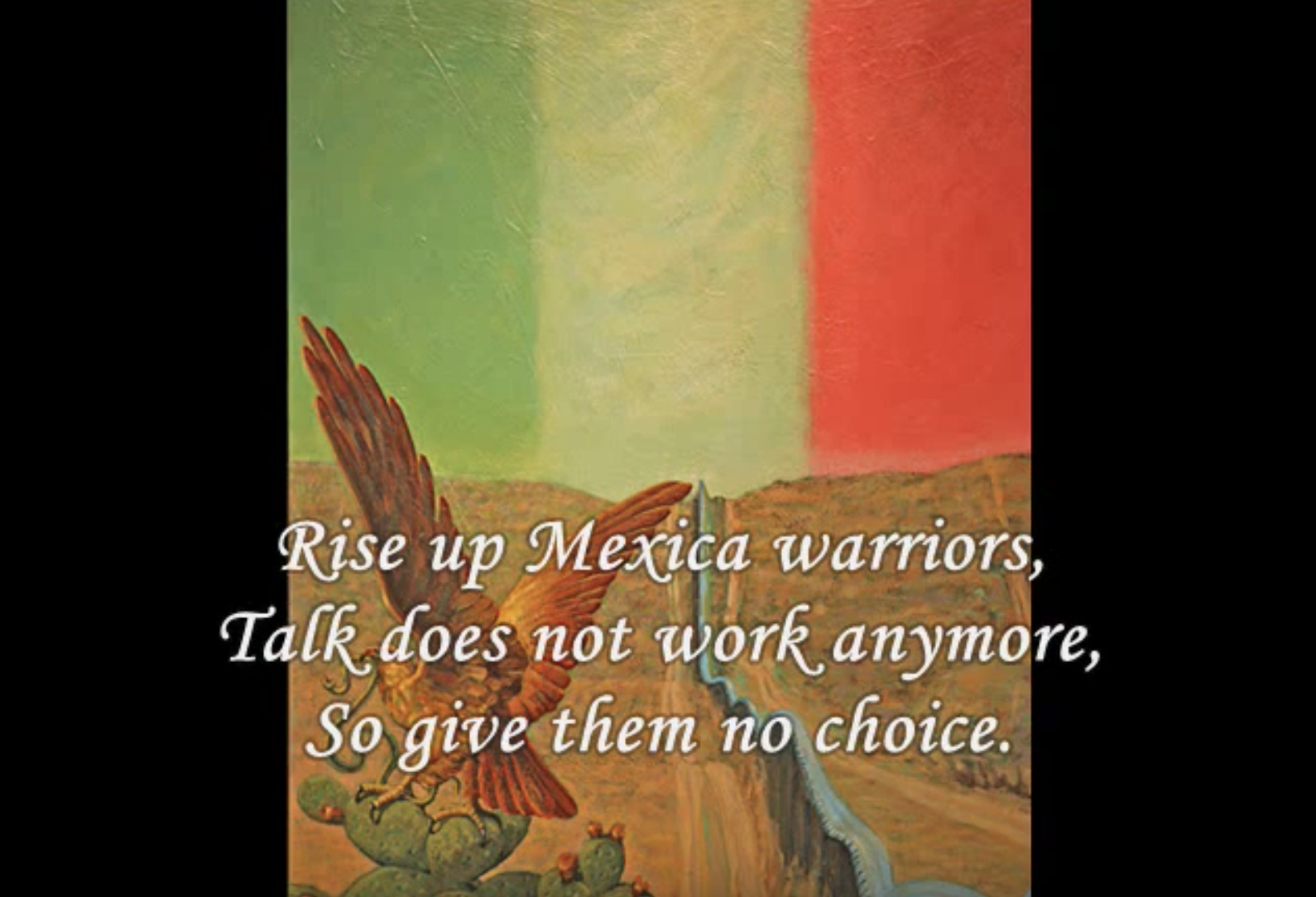 “Peoples of the Ancient Southwest Gente, tribes and nations of Aztlán Rise up and put away the destructive and artificial powers and energies! Mexica stop at nothing to take back Grandfather’s Land and rule - The Rule of Higher Thought Love and unity. Sometimes we must fight to take away the power of hateful men, Who only thrive on greed, lust, and endless destruction. Rise up Mexica warriors, Talk does not work anymore, So give them no choice. Rise up Mexica warriors Rise up Apache warriors Rise up Dine warriors.”

“The dominant culture of snake people have made native people sick with vices – told them lies that have become their truths. The snake people have oppressed native people and caused hardships on reservations and in US prisons leaving native people desperate. And when people are desperate to survive and care for themselves – they will take weak paths to surive. Then this becomes normal, it becomes a habit. Their vices are purposely sent into the community. And then natives fall as prey to these pushers of vices. And many have shown how weak they are – willing to trade the sacred gifts of their culture for the evil poisons of vice. Then evil natives will see this opportunity to teach others to do this. They will see easy ways to get vices so they teach the young natives that selling native culture is alright. Evil ones teaching the youth to do bad acts of desecration of native spiritual plants herbs and the pipe and sweat lodge. The evil ones turn native responsibility into abuse of our spiritual items. So Unehlana has sent his warrior sons to punish the evil ones…”